ChargeRisk.com was founded by Steven Crews in the Spring of 2020, as the COVID-19 pandemic raged and oil fluctuated near $20/bbl. Not an obviously auspicious time to launch a petroleum-based consulting service! On the other hand, even in these times of heavily restricted budgets, work still needs to get done. And staffing levels at oil companies are ultra-lean, which requires an increasing role for outside consultants. And the low oil prices favor conventional exploration, in which charge risk plays a larger role. 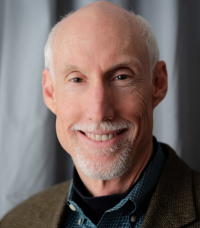 He just completed a six-year hitch at Apache, where he was a member of the Guyana basin exploration team and closely associated with Apache's exploration wells in Suriname including the recent Maka Central and Sapakara West discoveries in Block 58, and the earlier Popokai and Kolibrie wells in Block 53. He built block- and prospect-specific models based on 3D seismic mapping as well as super-regional models of the entire Guyana basin, including Exxon's Staebrok block in Guyana. He also did projects in onshore Egypt and Alaska's Cook Inlet, and regularly taught in-house petroleum systems short courses.

For seven years at Hess, Steve both managed a large petroleum systems team and worked as an individual contributor and instructor. He worked many deep-water projects (GOM, Santos, Seram trough, Ghana) as well as projects in the Danish and Norwegian North Sea, and the Utica shale play.

At Anadarko, Steve was the primary basin modeler during a period of active and sucessful exploration, from 2000-2006. He worked with exploration teams across the corporation on significant offshore lease sales and evaluations of frontier blocks: Sirte basin of Libya, Indonesia, eastern GOM, Georgian Black Sea, Algeria, West Africa, and others.

Steve first got involved in Petroleum Systems early on in the decade he spent at the ARCO Research lab. He was a member of the team that developed Genesis and Exodus (the precursor to Zetaware's Trinity) as well as conducting research on numerical modeling of the formation and evolution of flexural and extensional basins and the subsidence histories of rapidly subsiding basins. He also regularly taught short courses and performed technical service projects in many basins around the world, including: Bohai Bay, China; East Texas; North Slope, Alaska; South Caspian Sea; and many others.

He also spent two years cutting his teeth as an Operations Geologist in the Anadarko basin for Amoco, in Denver.

Finally, Steve is a veteran of the U.S. Navy, where he spent four years as a language student and working as an airborne Communications Technician, based in the Mediterranean.